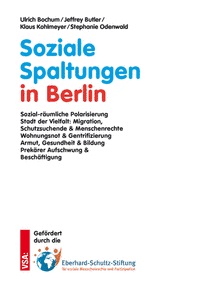 There are 37,000 children dying of hunger globally. Millions of people are deprived of education, housing, work and the conditions for a life worthy of a human being, although these conditions are bindingly laid down as a „Human Right of the second generation“ in international law. It is about time that these Social Human Rights are adopted as enforceable national law. Our foundation is aiming to create the necessary awareness and conditions for that.

What are Social Human Rights?

According to the ICESCR, the Social Human Rights include:

Our foundation advocates the genuine and complete translation of these fundamental Human Rights into German national law to ensure a more equal and just society!

Call on the Federal Government: Finally ratify the International Covenant on Economic, Social and Cultural Rights!

We welcome that the International Covenant on Economic, Social and Cultural Rights of 1966 will finally come into force on 5th May 2013. At the same time it is regrettable that the Optional Protocol is still not ratified by Germany.

The 10th ratification of the Optional Protocol to the International Covenant on Economic, Social and Cultural Rights by Uruguay introduces a global individual complaints procedure for social human rights. Individuals who feel their Social Human Rights infringed can now make their case in front of the United Nations (UN) after exhaustion of national remedies. However, unless the Optional Protocol is signed and ratified by the German government the possibility of an individual complaint is not an option for people who live in Germany.

Germany supported the Protocol back in 2008 but maintains the Protocol’s ratification status “under consideration” as it is still examining the necessary adjustments to German law in case of ratification.

We hereby ask the German National Government to finally sign and ratify the Protocol! Further delays feed the suspicion of double standards when it comes to dealing with Human Rights domestically and on an international level. Without the establishment of a legal basis for social human rights, there will be no social justice in Germany. There will be no welfare state worthy of its name.

At the 17th of October 2018, our foundation awards the organization „Ärzte der Welt e.V.“  with the „Social Human Rights“ price at our annual meeting in Berlin, in the „Festsaal“ (Ballroom) of the “Rathaus Charlottenburg“.  „Bündnis Mieterprotest Kosmosviertel“ has got a special award. These winners fulfill our requirements that everybody can participate in a democratic society of social equality and diversity and live in accordance with the Social Human Rights as stated in the International Covenant on Economic, Social and Cultural Rights (ICESCR).

At the 10th of October 2017, the organization „KulturistenHoch2“ has been awarded with the „Social Human Rights“ price at our annual meeting in Berlin, in the „Festsaal“ (Ballroom) of the “Rathaus Charlottenburg“.  „Vielfältiges Menschenbild gUG“ got a special award. These winners fulfill our requirements that everybody can participate in a democratic society of social equality and diversity and live in accordance with the Social Human Rights as stated in the International Covenant on Economic, Social and Cultural Rights (ICESCR).

The foundation awards mob e.V. the ‘‘social human rights price 2016’’ and FIAN Deutschland e.V. a special award.
With the two awards and topical speeches, delivered by active experts on the issues of increasing poverty in Germany, ‘’refugee crisis’’ and social human rights for everybody, our foundation contributes as in previous years appreciation to the commitment to social human rights, this time under the auspices of the district mayor Reinhard Naumann in the „Festsaal“ (ballroom) of the “Rathaus Charlottenburg“.
After the musical prelude, followed by the welcome of numerous guests, including representatives of countries who already ratified the International Covenant on Economic, Social and Cultural Rights (ICESCR) of 1966 (in contrast to the Federal Republic of Germany), the program begins with a greeting of the chairman of the curatorship, Prof. Dr. Rita Süssmuth. She underlines the importance of the social human rights especially in the view of the effects of the crisis and wars worldwide for our rich and Western societies.
During a following discussion hosted by the journalist Gün Tank, Eberhard Schultz (chairman of the foundation) and Prof. Dr. Aysel Yollu-Tok (deputy chairperson) draw up a summary and present the current and the future activity of the foundation.

At the 27th of October 2015, the organization „Medibüro Berlin“ and „SOS Mediterranee e.V.“ been awarded with the „Social Human Rights“ price at our annual meeting in Berlin, in the „Festsaal“ (Ballroom) of the “Rathaus Charlottenburg“. These winners fulfill our requirements that everybody can participate in a democratic society of social equality and diversity and live in accordance with the Social Human Rights as stated in the International Covenant on Economic, Social and Cultural Rights (ICESCR).

We are supporting „Medibüro Berlin“ since they enforce to stand for the right of healthcare for people who have no legal residence status, property or health insurance. Therefore, they place these people to medical staff.

Furthermore, we have honored „SOS Mediterranee e.V.“ who has the aim to build a network of boats and experienced crews in operations of sea rescue. The initiative would like to save the right of Life, right of minimum subsistence level and right of health care.

The mob e.V. – strassenfeger received our “Social human right award” 2016 and we supported them with 5000 €. The association wants to call attention to the problem of homelessness and housing shortage; to inform the population in social, cultural and political regard and to make a constructive collaboration between homeless and non-homeless people possible by supporting and accompanying them.

We supported FIAN Deutschland with 5000 € as they received our special award 2016.
FIAN commits for a world which is free of hunger and in which every human being has access to the resources allowing them to live in dignity. The FIAN network fights for the realization of the Right to Food worldwide, which makes it possible for everyone to appeal to national and international courts in case of violation of this right.

Our foundation supported the book „Soziale Spaltungen in Berlin“. The writers applied the precise socio-economic analysis of social divide, which Thomas Piketty began, to Berlin.
Their result is that the risk of poverty is increasing, that poor people have a shakier health and that unequal educational opportunities are contradictory to the right to inclusion.

You can find an extract here!
The book is also available for order online!

Last October 2015 on the annual event of the foundation we allocated a special award to SOSMediterranee for their sea rescue mission of refugees in the Mediterranean sea. The organization started their mission with the MS Aquarius on March 2016. You can read a press release of the first rescue operation and a report of the sea crossing here.

– To equip, assign and coordinate the civil rescue ships which are saving refugees who get into distress at sea.
– To provide medical and psychological assistance on board and to mediate social support
– To inform and testify to the European public as well as the countries of origins of the refugees about the situation of the refugees in the Mediterranean sea.

SOSMediterranee is an humanitarian association which is politically and religiously independent based on the respects for human beings and their dignity, without partiality as concerns their nationality or origin, their social belonging, religious belief, political position or ethnic identity.

Support SOSMediterranee and donate for the sea rescue to be continued!

The Medibüro (The office for medical assistance for refugees) received our “Social human right award” 2015. The self-organized and non-governmental project provides refugees and migrants with free medical care and qualified medical personnel, independently from their resident permit status.

The foundation’s permanent project is an emergency fund designed to help mobile workers in special and precarious situations, such as an employers’ reluctance to pay the salary. As part of this project we closely cooperate with the trade union project „Faire Mobilität“ (Fair Mobility). The foundation contributes up to €500 a month to this cause and we appeal for donations.

The association “Stille Straße” is a senior community that has successfully fought their eviction in 2012, after an attempt by the district authorities Berlin-Pankow to close the centre. In a communal effort, the members squatted the building and fought for its maintenance for 112 days in a row. Their constant dedication and commitment has ensured their Right to Housing and Education, which led us to award their project our Social Human Rights Award in 2013 and supported it once more in 2015 with €900. Until today, the community centre is a vibrant part of its neighbourhood, contributing to social live with activities such as guided district round tours, communal readings, roundtables, concerts and computer trainings, which are all open to the public. We wish the seniors a successful continuation of their campaign!

On 20 June 2015, approximately 10,000 people marched through the streets of Berlin-Kreuzberg to demonstrate against the current European crisis management. Two major issues were addressed in particular: The austerity measures forced upon the Greek people by Europe and the way refugees and asylum seekers are treated by the European member states. Our foundation has supported the demonstrations that were organized by the coalition of Attac, Unions, social movements, youth- and student associations, the Socialist Party (Die Linke), the Blockupy movement, refugee supporters and anti-racist campaigns, as well as other left-wing organisations with €500.

We support the initiative for Transsexuality and Human Rights ATME e.V., who advocates Human Rights for transsexual people and who has advised UN-Sessions on the treaty for women’s equality (CEDAW) and the International Covenant on Economic, Social and Cultural Rights (ICESCR). Our contribution of €2,700 helped funding the publication of a declaration of principle and a workshop on the development of an alternative to the medical treatment transsexual people are currently forced to undergo. The current medical treatment is based on the concept Gender dysphoria that involves Human Rights violations for the patients.

Initiative for People of Colour (ISD)

The initiative for People of Colour is an organisation that aims at supporting German people of colour by advocating black people’s identity and consciousness, promoting black projects and events and fighting racism in society. Our foundation has helped financing their European networking events in 2013 and 2014 with €7,100.

We have supported the Association to finance a project directed at the inclusion of traumatized refugees in Germany with €3,000 in 2014. The BafF advocates the implementation of the Social Human Right to health, which includes the psychological treatment and social support for everybody, independent of one’s legal- or residence status. Refugees in Germany do not have easy access to medical treatment, because it is regulated by the restrictive and bureaucratic Asylum regulations. The bureaucratic procedures are demeaning and represent and infringement to the universal Human Rights. This is why the BafF tries to strengthen refugees’ right to health and lobbies for better structural circumstances for refugees’ medical treatment.